Less More
24 Sep 2022 09:01 #1 by Joe Perkel
Replied by Joe Perkel on topic Alon Shoulder Harness
That's perfect. You are correct, I do not have to deal with a stringer. Waiting for the Cleco's to arrive today sometime. Same method of getting the holes correct was in mind.

Very helpful, thanks a lot! Joe

Less More
24 Sep 2022 08:00 #2 by Chris Longfellow
Replied by Chris Longfellow on topic Alon Shoulder Harness
I'll try to explain a bit...
1) the Ercoupe didn't require matching to existing holes, however I did this for the exterior grab handles.  We drilled out the existing rivets first and then located one hole in the bracket (handle in my case) by holding or clamping the bracket in the correct location... then through the existing hole we marked the hole location on the bracket using a 'transfer punch' (could probably also just mark with a pen).  We removed the bracket, drilled & deburred... then placed the bracket back in the correct location and secured with a cleco through the hole just drilled.
The remaining holes can be then marked, drilled, deburred.  It may be possible just to drill through the existing holes through the bracket, but we didn't do it that way.

2) I also was worried about how to cut the hat shelf... luckily on the Ercoupe I didn't need to (see pic), the shoulder straps fit between the gap.  On the Alon you may need to remove the entire hat shelf and in that case I would just install the harnesses, then loosely lay the hat shelf back inside the airplane and try to mark the are to be cut out.  But before you cut check to see if you can do what I did.

3) Frankly the most difficult part for me was drilling the holes through the bracket down through the stringer... had to use a special 90 degree air drill fitting in order to avoid removing the rear windows for access.  Then after drilling securing the bolts provided wasn't easy due to the awkward position and tight space.  I don't believe the Alon bracket fastens to a stringer, so it is likely easier.

Let me know if I can help any other way 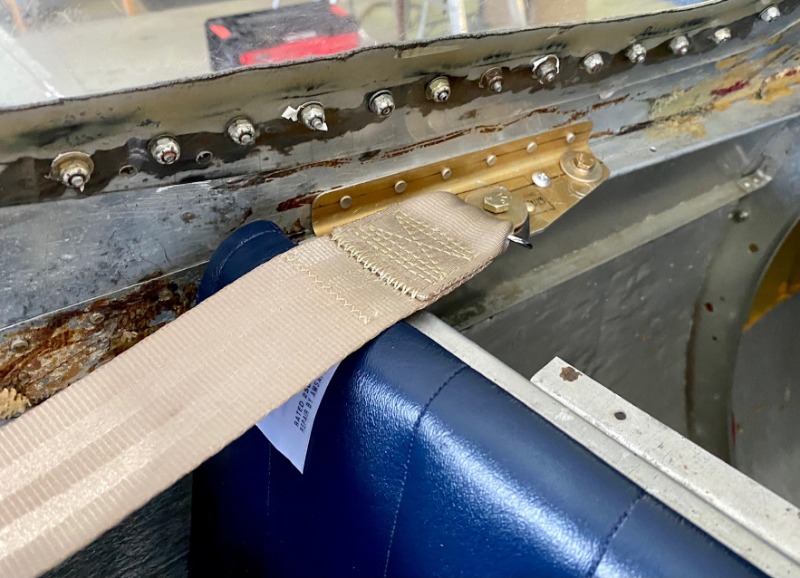 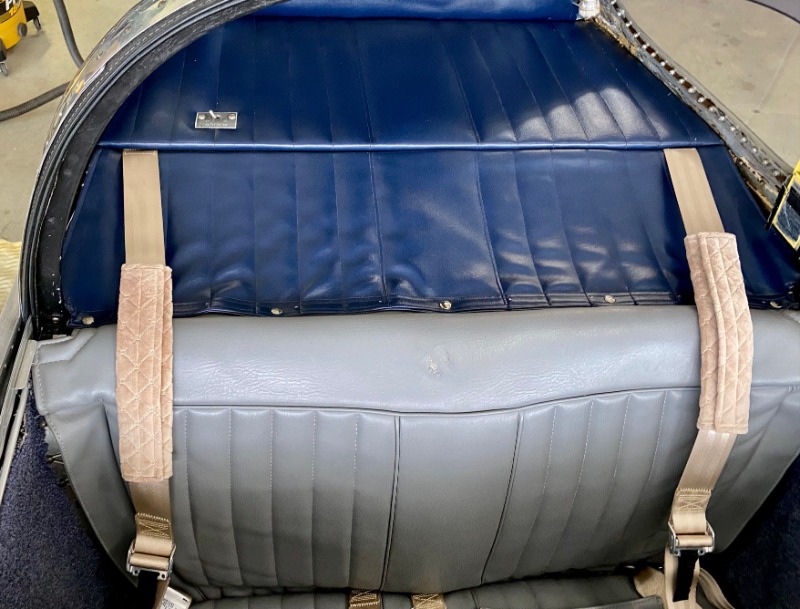 Less More
24 Sep 2022 07:34 #3 by Joe Perkel
Replied by Joe Perkel on topic Alon Shoulder Harness
Hi Chris, I ended up also purchasing the Alpha harness and STC. I do have two specific items of interest. One is the method of assuring "Match Drilling" of the hard-points to the existing structure. (I intuitively know the answer but wouldn't mind seeing it action, you know measure twice, cut once). The second is the trimming of the hat shelf to accommodate those same hard-points. Alpha shows a picture of a template in the provided images but no template.

Thanks a lot! Joe

Less More
23 Sep 2022 23:30 #4 by Chris Longfellow
Replied by Chris Longfellow on topic Alon Shoulder Harness
I just installed the Alpha 3-point in my Ercoupe and am very pleased.  Installed in an afternoon, very secure, and comfortable to use.
I've documented the installation with photos and video and can share if you happen to go down that path.  Alon installation is slightly different, however similar.

Less More
15 Aug 2022 15:35 #5 by John Jones
Replied by John Jones on topic Alon Shoulder Harness
Paul-Thank you. I meant to say 4 point harness vs. 3 point. I'm familiar with the Alpha Aviation shoulder harness STC for the Alon which is a 3 point.

Less More
14 Aug 2022 18:03 #6 by Joe Perkel
Replied by Joe Perkel on topic Alon Shoulder Harness
Excellent thank you! I just returned from the pre-buy inspection and have accepted the aircraft. It will be delivered soon and this is the first order of business,

Donate to the EOC

Thank you for your donation. All donations serve to enhance the EOC operations and donations to the Fred Weick Scholarship at Embry-Riddle. Consult your tax advisor for deductibility.